This post is about an arduino-based intervalometer I built for my camera, a Fuji S9600 dSLR.

I decided to go for a very simple interface: a rotary switch in the middle of a plastic box which would allow me to select 12 pre-defined intervals. I went for a switch and not a potentiometer because I wanted to be certain about the option I select: the reassuring “click” of the rotary switch does exactly that!

Also, I wanted to make the device easy to use, so the labelling of the different options around the rotary switch was very important too.

The Fuji S9600 (a.k.a. Fuji S9100 in the States) has a mini-B USB connector on the side which is used, amongst other things, for a remote shutter release cable. Bob Mahar has “dissected” an original Fuji RR-80 remote release cable and has revealed that the device is actually very simple inside; Bob’s great page on the Fuji RR-80 is here: http://www.trafficshaper.com/RR-80/RR-80.html.

Based on Bob’s page, I came up with the following diagram for the RR-80: 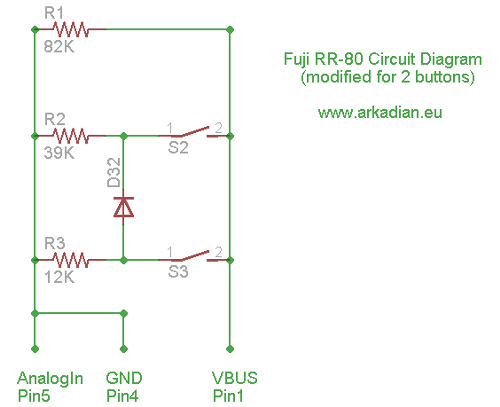 After a couple of failed attempts to source a 5-pin USB mini-B connector, I ended up buying a cheap Chinese RR80 clone: 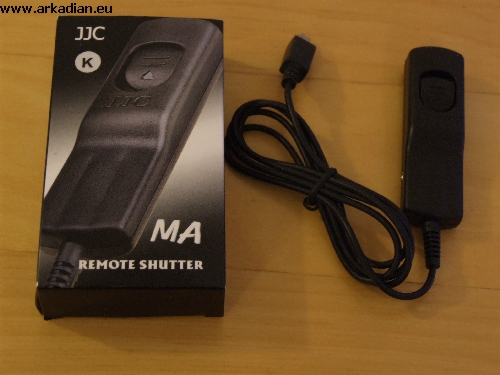 I was actually lucky, because this model has a 2.5″ jack on the side, which allows two cameras to be sync’d (not all the clones have this, I think the JJC clones marked “MA” have it). This meant that I could use a 2.5″ stereo connector in order to connect the arduino with the remote. All the arduino has to do in order to take a photo is to short 2 of the 3 parts of the stereo connector. 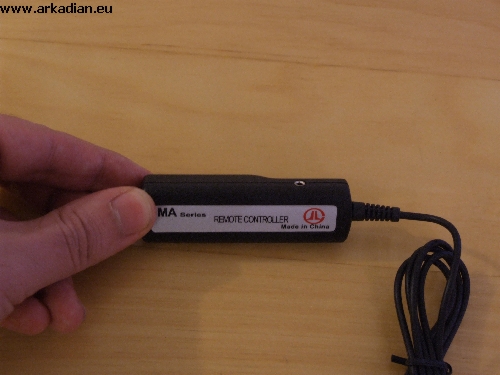 I used an old Sparkfun Skinny arduino (it is called “Arduino Pro” now and it’s not red anymore): 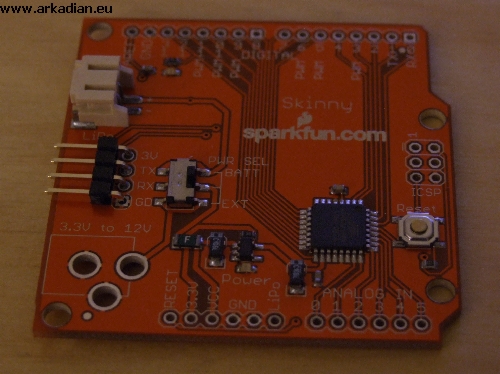 This is a 12-pole rotary switch from Maplin and 12 resistors: 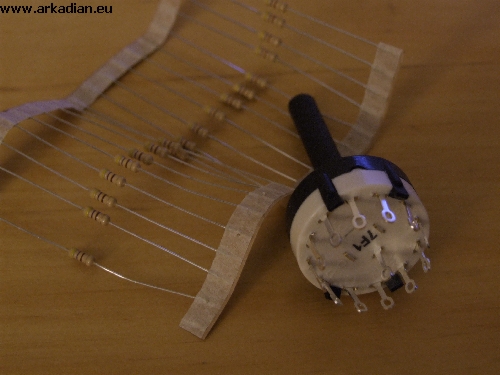 I found a simple plastic box at Muji: 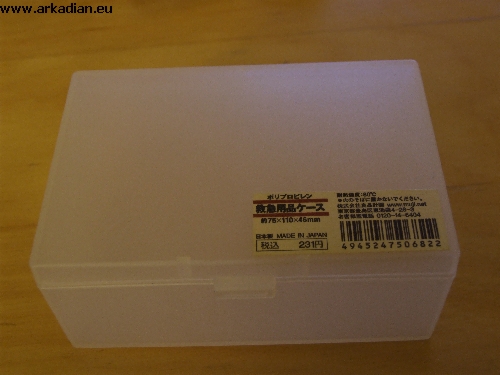 First things first: I converted the rotary switch into a “potentiometer”: 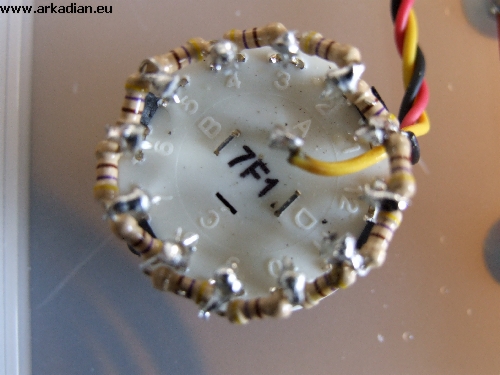 At the opposite side of the arduino board, I used a blue LED on pin 13 (and ground) and on pin 12 I connected a transistor, 2N222A: http://en.wikipedia.org/wiki/File:2n2222A_and_schema.jpg) and the cable (twisted red-black) from the 2.5″ connector. 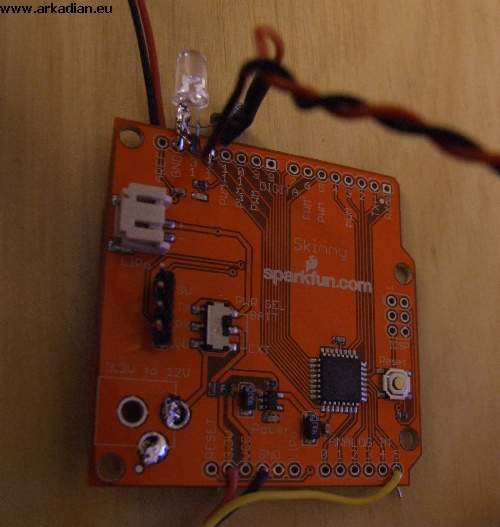 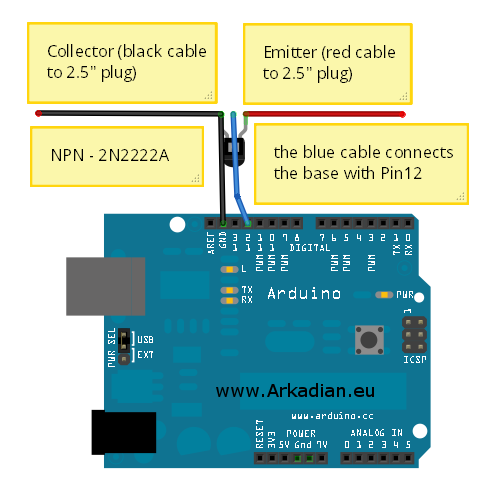 For more information on the use of transistors as switches: http://en.wikipedia.org/wiki/Bipolar_junction_transistor

After a few minor tweaks, the prototype was up and running: 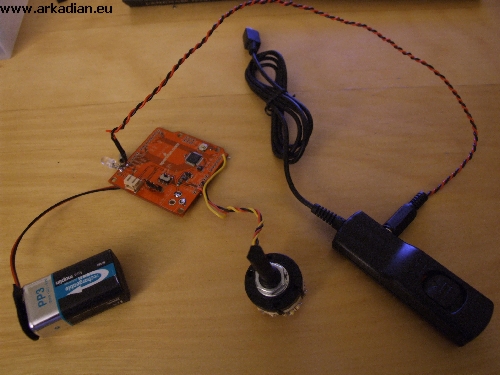 The code loaded on the arduino is pretty simple really:

In order to calibrate the rotary switch, I had enabled the printLine() function (which is commented out in the loop() above and I got the following results on the terminal window (the first number on each line is the pin5 analog in reading): 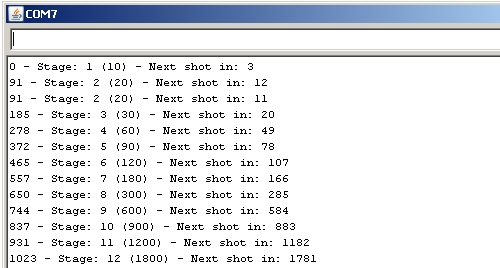 Now it’s time to put everything in the box. I used my soldering iron to make the necessary holes on the box (I have a tip which I only use to make holes on plastic). Here is everything placed in the box for the first time (to make sure that everything fits the way it should). 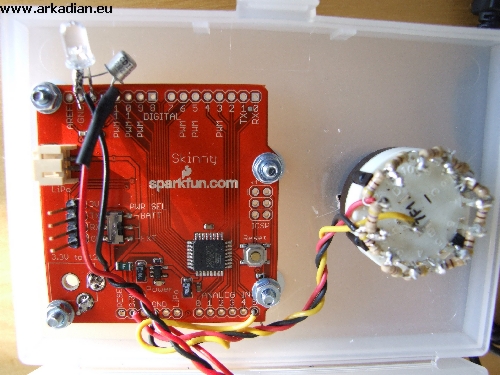 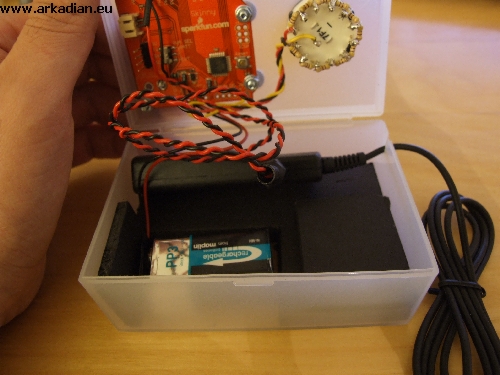 The black surfaces you see on bottom of the box are foam boards; you can find them at art supplies shops. The foam boards are easy to cut and shape and, in this case, prevent the battery and the remote control moving around the box. 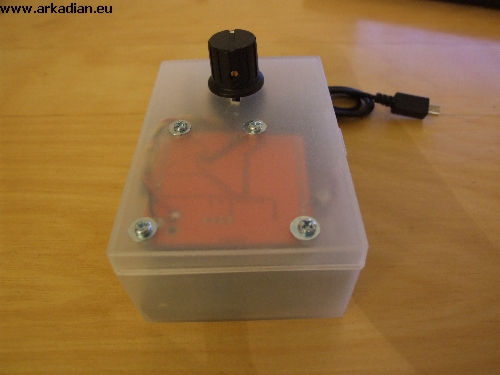 My next task was to come up with a way of indicating the time interval of each one of the 12 stages of the rotary switch. I didn’t think twice – this was a nice and easy job for processing. I created this image, which I got printed as a 5″ x 7″ in matt paper at photobox.com (10 s = 10 seconds, 1 m = 1 minute): 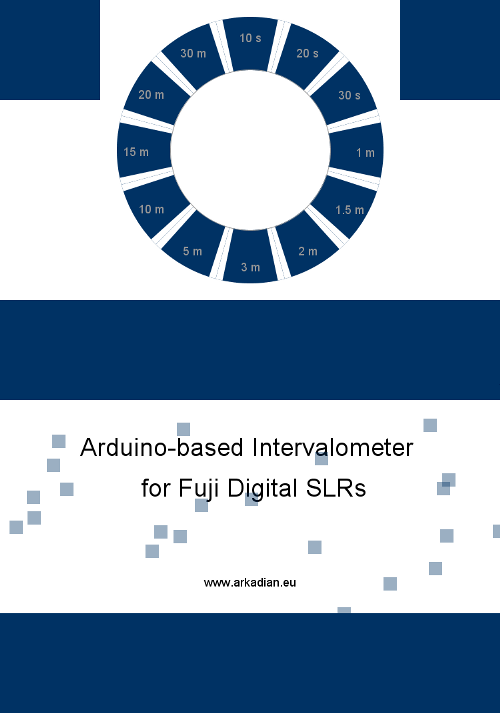 The Processing code below created the above image:

The 7″ x 5″ prints in matt paper (the glossy photo paper would get fingerprints): 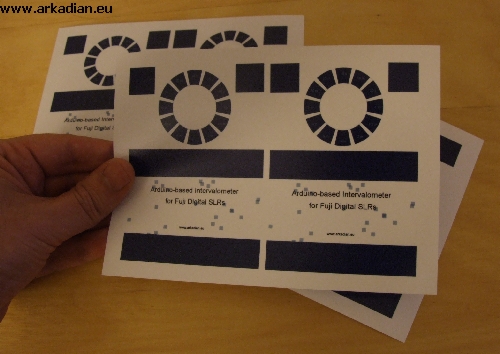 I had to make two more holes at the top part of the box to secure the cover.

Here is my intervalometer in its final form. 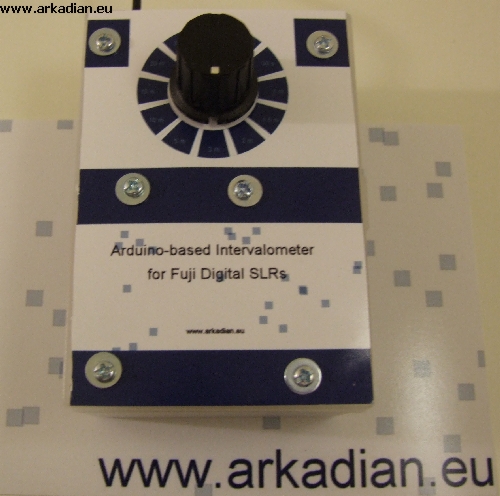 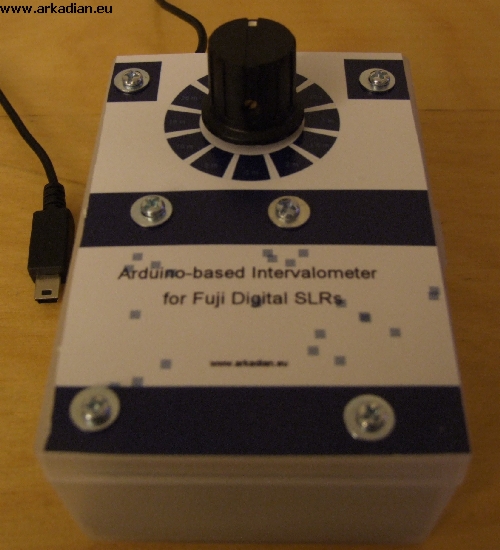 As you can see from the photo below, the intervals are clearly visible: 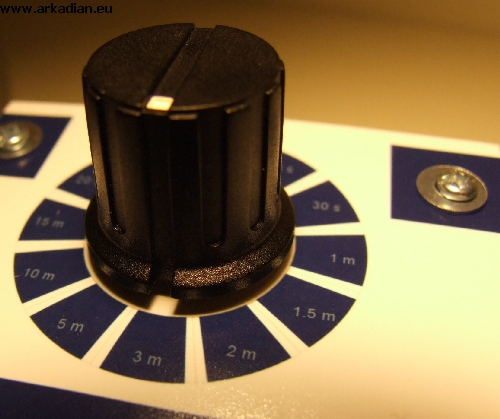 That’s it, the end… In the next few weeks I will post a couple of videos put together using frames taken with this brand new intervalometer.