This post is about a simple and interesting combination of software and hardware.

Last week, I picked up a couple of PIR sensors from Ebay. 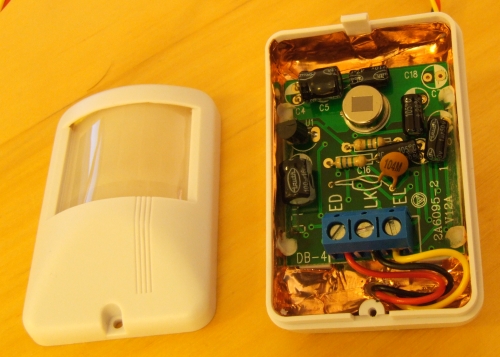 PIR sensors are (usually) easy to interface with an arduino board.
Red: 5V, Black: Ground, Yellow: Analog In. Could it be easier than this? 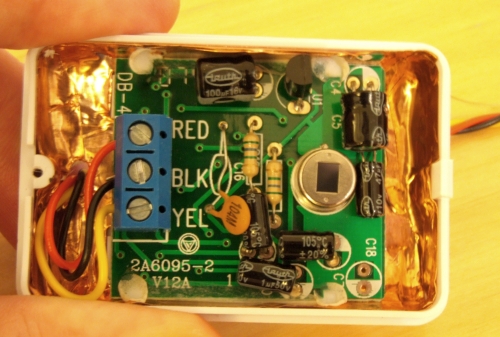 After a bit of experimentation, I found that the board sends a pulse as soon as it detects some sort of movement. Also, it sends a pulse at the very beginning, when it sort of “boots”.

My ultimate aim was to start Skype as soon as movement was detected.

I loaded the standard firmata sketch on my arduino, see: http://arduino.cc/en/Reference/Firmata. Basically, the arduino simply sends all the analog port readings to Processing.

The following Processing code is simply a proof of concept. The sketch starts, looks for an arduino at the second serial port of my PC, waits for 5 secs for the PIR to send its first pulse and then, if movement is detected calls a number, using Skype.

At any moment, in the middle of the screen, you see the value of the PIR sensor.

Here is a very short video of this test in action: